Winston was born in Gotham and raised in its Burnley district. His black father was a cab driver and his half-Puerto Rican, half-Haitian mother ran a family-owned secondhand thrift goods shop and bodega. He was the oldest of three kids with a younger brother and sister. By all accounts, he had a great childhood and did well in school.

When Winston was a teenager, he became really involved with his church's community volunteer work. He was really interested in helping his neighbors and the less fortunate, and considered studying to be a pastor but did not care for proselytizing as he always felt like he came across as pushy or judgmental.

Without much free time to pursue on his own due to all his volunteer work, school work, and having a girlfriend, Winston gave very little consideration to what he would do after school. He just kind of always assumed he would become a cab driver to help out his dad when he saved enough money to open his own business. However, after a run-in with a uniformed recruiter at his graduation and being handed a pamphlet in passing, Winston spent a sleepless night thinking about joining the military. It felt like a natural progression of his desire to make the world a better place.

Ignoring that impulse for the time being, Winston got married to his high school sweetheart Tiyah Clarke that summer in Atlantic City. The two bounced between living with their parents while both worked two jobs to save up money as both wanted to have lots of kids.

The stress of two jobs, living with parents and in-laws, and rarely seeing each other got the best of both husband and wife. This affected the young couple's marriage negatively. Seeing the writing on the wall, Winston talked to his wife and visited the local recruitment office.

At first, Winston felt ill-suited for the Air Force. He discovered he had severe motion sickness while airborne and did not do well with advanced mechanics or computers. He was a crackshot, a decent automotive mechanic, and could handle his motion sickness if he were the one driving. All this guided him to the USAF Security Police.

Stationed in Oregon, providing security and police services for the Fort Plymouth Air Force Base between deployments to the Middle East and Japan, Winston and Tiyah lived on the base, with Tiyah attending Seaview University. Winston soon fell in love with Star City, and his ecstatic talk even convinced his parents and sister to move out west.

After his first deployment overseas, Winston and Tiyah learned they could not have children of their own. Remedying this, the two looked into adoption. They adopted a young boy first and after what had been the happiest year of their life with their son, the couple decided to adopt another child and did so, adopting a young Japanese orphan girl while the family was living on a base in Japan.

Winston ended up doing two eight year contracts, for a total of sixteen years of service (including forty-eight months overseas) before discharge.[1] 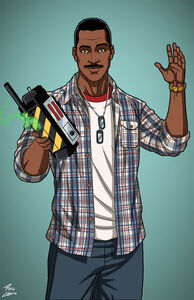 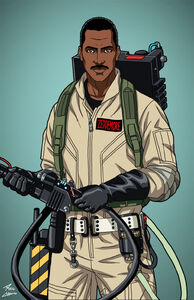 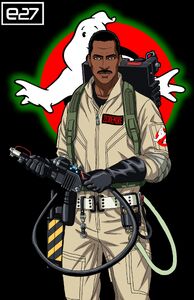 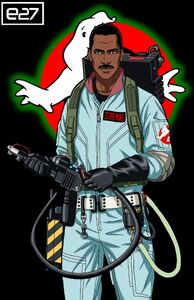 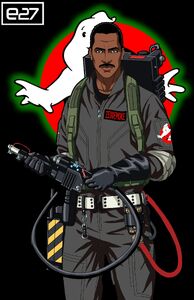 Winston Zeddemore (Charcoal)
Add a photo to this gallery 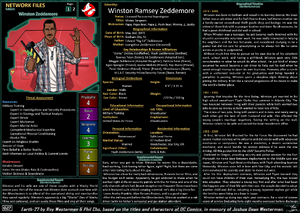 Network Files: Winston Zeddemore 1
Add a photo to this gallery 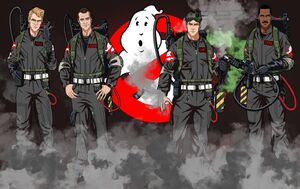 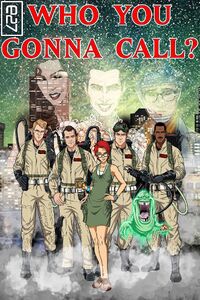 Who You Gonna Call? Cover 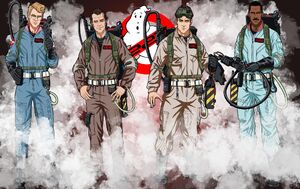 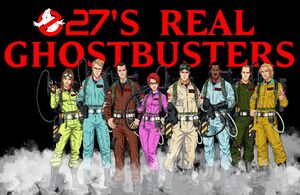 Ghostbusters Banner
Add a photo to this gallery

Retrieved from "https://earth27.fandom.com/wiki/Winston_Zeddemore?oldid=119008"
Community content is available under CC-BY-SA unless otherwise noted.