Beast With No Name

Spot, or the Beast with No Name was born in Ancient Mesopotamia but migrated to Hell as a youngling demonspawn. He was a rather peculiar resident of Hell. Unlike the other demons, he had a heart of gold and was exiled to Earth by the King of Hell, Lucifer, for being "too nice for Hell." For centuries, humans misunderstood him, chased him, hurt him, and thus he became somewhat timid of them, reflexively becoming invisible to avoid them. He traveled the world many times over, but usually kept to the forests and isolated mountains, causing him to become more bestial and feral, but still gentle and kind.

One day, he awoke in Star City. It was an area he knew well, being fond of the Pacific Northwest's forest and climate, but he did not know how he came to be there or why he seemed unable to leave. Soon he found himself drawn to a home which he watched for days, hiding in the trees behind the house. There lived a boy and he knew the boy was the reason he was there.

The boy eventually found the demon hiding in the shadows and gave him snacks. The demon liked the boy very much and he desired to be around him more. The demon felt more powerful around the boy and could maintain his invisibility almost indefinitely, allowing him to follow the boy everywhere he went. In time, the boy's influence helped the demon regain the sentience he had lost. He learned the boy's name was Stanley and he introduced himself as "S.N. Massachusetts," a name he had taken to honor the Native American tribe that were the last people to treat him kindly. But as Stanley could barely pronounce that name, the demon let the boy give him a new name and so he came to be called "Spot."

Spot would eventually learn that it was Stanley's grandfather (also named Stanley) that had summoned Spot and bound him to the boy, through a fortunate accident caused by the elder Stanley's familial neglect. When Old Stanley kidnapped young Stanley, murdered his parents, and tried to take the young boy's body for his own so he could possess the demon he felt was rightfully his, Spot reached out to the many mages he had made acquaintances with in the past and rescued his dear friend... though the suffering of Stanley got the better of Spot for a moment, causing him to lose control, reveal his bestial nature, and swallow the old occultist whole.

Caring for Stanley, Spot moved the two of them to Gotham where they came to settle into a new life with Zatanna Zatara and Stanley's many interesting cousins. 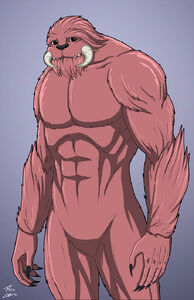 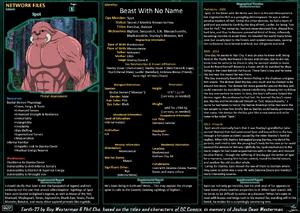 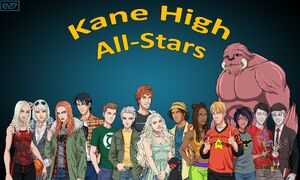 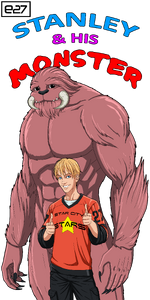 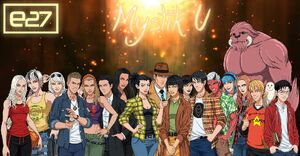