Desire (Father, under the alias of "Ezra Walker")

Challengers From Beyond (Member)

Department of Continuity (On the Watchlist)

Rose is the daughter of Desire of the Endless and a dream vortex host named Unity Kinkaid. It's likely she was conceived the night Adrian Veidt's intrinsic bombs rocked the world. Rose was born with a twin brother, Drury. After her mother remarried, Rose got a half-brother, Janosz (or "Johnny"). Rose's new stepfather, Lazlo Valentin, gave Rose the nickname "Em the Gem".

Rose would find out many years later that her stepfather's pet name for her was derived from his obsession with a mysterious rock that had the same color as Em's eyes. Lazlo Valentin was contracted by the government to study the rock, mistakenly believing it was the same as the meteor rock Lazlo had been working on for years prior. Lazlo knew it was not, but did not share that info with his government handlers, letting his unhealthy interest in it worsen.

Rose grew into a beautiful teen girl. She became a popular student with many friends and a healthy athletic interest in swimming. Rose did not seem too troubled when her own mother's insanity required her to be housed in a nursing home.

When Rose came out as being bisexual at thirteen, her so-called friends ostracized her and Rose began spending more time at home. One day, as her stepfather left to run some errands, he left the door to his home lab open and Rose felt compelled to venture down to the basement. At first she thought it was curiosity, but it turned out to be some sort of metaphysical pull, originating from the green gem. When Rose touched it, she found herself drawn into a vivid fantasy story that lasted for hours until her stepfather got home and knocked the gem from her hand. As he did so, there was a powerful shockwave that threw both stepfather and stepdaughter aside. Moments later, as Lazlo got to his senses, he saw laying beside his stepdaughter was her perfect doppelgänger, dressed in armor (well as much "armor" as females tend to get in fantasy settings).

Startled by this, Lazlo drugged the duplicate and put Rose in her bed, counting on her recalling the dream and assuming she had fallen asleep. The ruse worked as Lazlo studied the dream clone. When he learned the clone was indeed the same girl as Rose, on a genetic level and even the fingerprints, Lazlo gave the original Rose the emerald again as she was sleeping, pulling Rose into another vivid dream. When he pulled the stone from her hand, Em remained sleeping but another duplicate appeared, startled and confused, allowing Lazlo to drug her as well for study in his lab. This continued for a while until there was no less than twenty-six clones all of which were kept sedated by Lazlo.

Fearing a revolt, Lazlo Valentin reached out to Jervis Tetch. Both men agreed Rose was the 'master clone' and the key to controlling the 'Pyglets'. Without concern for his stepdaughter, Lazlo sedated Rose and took her, and her many dream clones, to the lab of Jervis Tetch. However, when Lazlo saw that Tetch's experiments were hurting Rose, Lazlo changed his mind.

While Lazlo and Jervis were arguing about stopping the experiment, Rose saw her chance to to escape and seized the opportunity. Rose managed to free an arm from a restraint and grabbed the emerald.[1]

Rose awoke later in a hospital, being watched over by a large woman who introduced herself as Amanda Waller, an administrator with the Department of Extranormal Operations. Waller told Rose that her stepfather was being taken into DEO custody along with Tetch, but Waller herself could not hide her interest in Rose's ability and asked her if she would be willing to help the United States government.

Rose's first "mission" was to attend the "March of the Masks" under the alias "Emily Page" in National City. There she seduced one of Waller's agents, Alex Parker. Rose did as requested but lost herself in the act, almost like she thought this was one of her dream-selves' lives and not her own. Rose and Alex soon were married and after living in St. Roch for a while, the two moved to Gotham City where Em took a job at Arkham Asylum out of an interest in helping the mentally ill.

When Alex went to work for Waller in ARGUS, he was away more than he was home. Rose threw herself into her work to cope. The mix of being back in her hometown, being without Alex, and seeing so many patients that reminded her of her family, Rose slowly came to realize she was not dreaming. When she came to her senses, Alex had filed for divorce and moved to Gateway City. Many times, Rose would show up in Alex's apartment. Sometimes he would be there, most of the times he was not. When he was there, they would talk or argue, either way, they would often end up in bed.

During this time, Rose began to wonder why Waller never contacted her again to urge her to win Alex back or give Rose a new mission. Rose began to drink her concerns away at the Tiki Tavern. It was there that she recognized her next door neighbor: me. We had been friendly before but had never been actual friends until our talk that night over many, many drinks. Maybe one drink too many as we woke up in Rose's bed together the next morning. It was a weird start to a friendship, but then again neither Rose or myself were ever 'normal'.

With a friend, Rose seemed happy for a while. Her drinking lessened, she made less booty calls to Gateway City, and she bonded with Ellie and Flag... and then one day this strange creature showed up. Rose took the creature in, named it Mascot, and kept it. That's when Rose started having the strangest dreams and her curiosity led to her confronting the truth of her past and in so doing, Rose lost her mind. I can't blame her as I nearly lost my mind trying to make sense of her past.

Still, Rose saw her way through it and came out the other end stronger. She's still odd, eccentric, and more than a little crazy, but she wouldn't be the same if she wasn't. If nothing else, knowing her makes life interesting.[2] 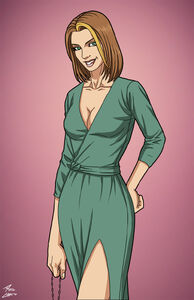 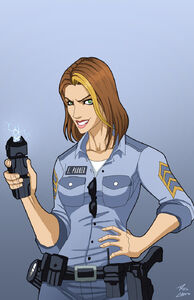 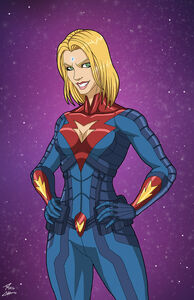 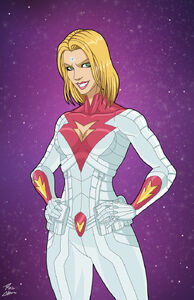 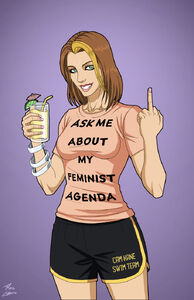 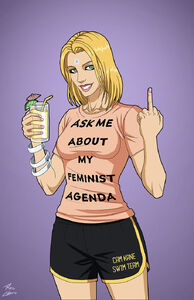 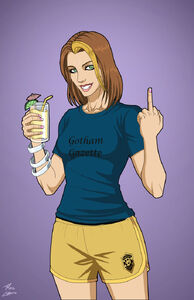 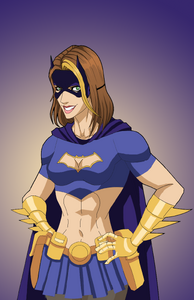 Em Parker (March of the Masks)

Breaking the Fourth Wall
Add a photo to this gallery 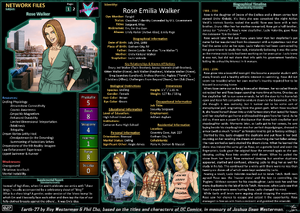 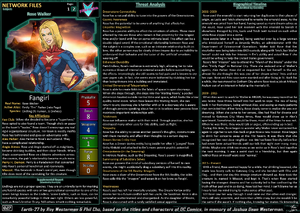 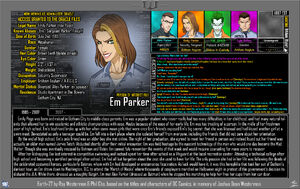 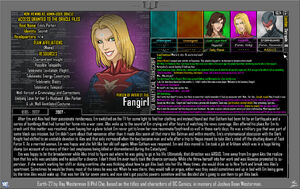 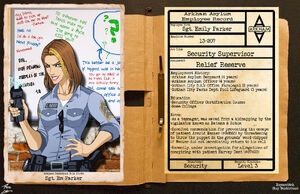 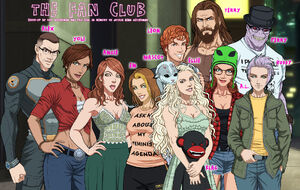 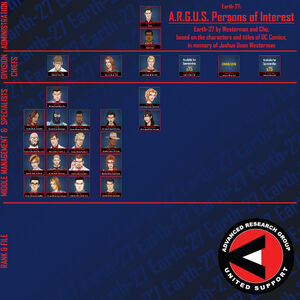 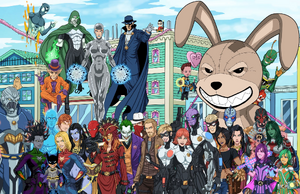 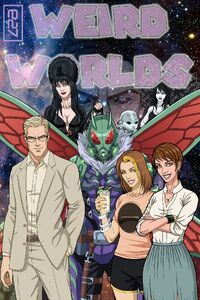 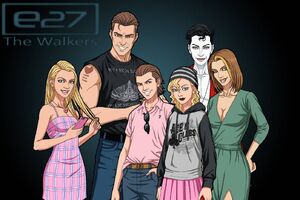 The Walkers
Add a photo to this gallery

Retrieved from "https://earth27.fandom.com/wiki/Rose_Walker?oldid=118032"
Community content is available under CC-BY-SA unless otherwise noted.