Ron was born in Jump City. He had a troubled upbringing due to him being the only son of two workaholic parents who did not properly challenge their bright son. Ron got into trouble often when left to his own devices. He made friends rather easily, but rarely kept them long as Ron usually did not see the need to consider anyone but himself. He managed to get a GED the summer he turned sixteen. The following fall, Ron borrowed (read: stole) his dad's old car and left his hometown and his family behind to drive across the country.

In search of new opportunities, Ron discovered a fondness and knack for mechanical engineering as he was often short on funds and had to tinker with his car to keep it running. He eventually ended up in Gotham City where he worked as an automotive mechanic and handyman for several different apartment complexes.

Gotham was hard on Ron, but he adapted and thrived. Ron even managed to land a good job at Stagg as a fleet technician, but word put it all in jeopardy. Ron's father had passed and this news brought Ron to the realization that much of his prior behavior had been intended to draw parental attention. With his father now dead and over five years having passed since Ron stole his car without so much as a phone call to demand Ron to return, Ron convinced himself that his parents never really loved him. They had not even bothered to tell Ron his father had died until after the funeral.

Ron's boss, not understanding what Ron was going through, made a harsh remark and found himself at the receiving end of Ron's fist. Ron spent a month in jail for the assault before he was able to drive back home. Ron hoped to claim his inheritance and start a new life, but upon his arrival found that his parents had left nothing to him.

Before he left home again, Ron sold his dad's car, stole his dad's gold watch, and took all the cash from his parents' safe. Ron bought the first bus ticket heading out of town. The bus was bound for Star City.

Ron arrived in Star City without any idea of what he was going to do there. He spent a while trying to break into show business as a special effects worker but was fired by a studio exec. A couple of months later, Ron approached the same exec and revealed he had stalked him for six weeks and had collected quite the collection of damning photographs.

Given a handsome payment in exchange for his silence, Ron enrolled at Seaview, intent on getting himself an "honest education." At college, Ron did exceptionally well academically, despite his caustic personality.

After getting a Bachelor of Arts degree, Ron began to put in work toward an Engineering degree. He had hoped to get a job at STAR Labs, but his personality caused plenty of issues and Ron was expelled for fighting.

Kicked out of school and dumped by his girlfriend, Ron needed a win. Ron saw a want ad to join the Ghostbusters and decided to give it a shot.[1] 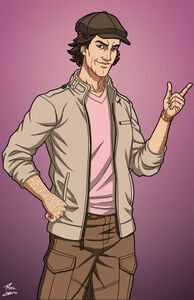 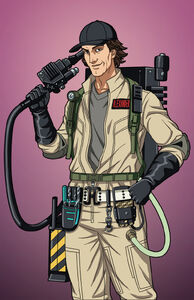 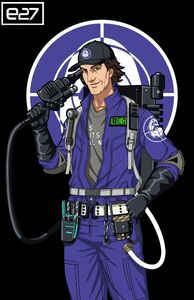 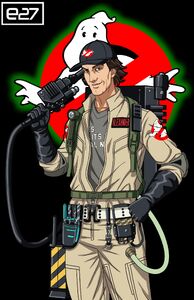 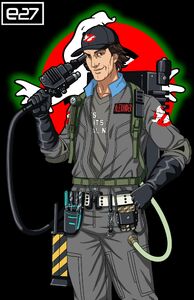 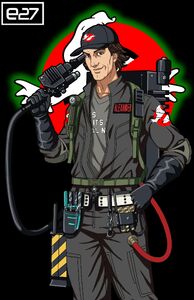 Ron Alexander (Charcoal)
Add a photo to this gallery 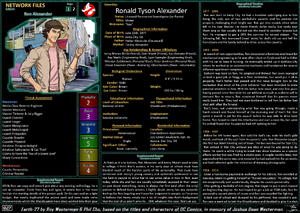 Network Files: Ron Alexander 1
Add a photo to this gallery 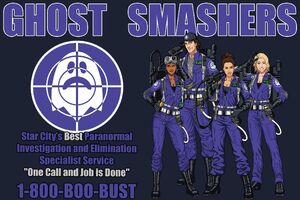 Ghostbusters Banner
Add a photo to this gallery

Retrieved from "https://earth27.fandom.com/wiki/Ron_Alexander?oldid=118937"
Community content is available under CC-BY-SA unless otherwise noted.