Roland is the oldest of three sons born to James and Beverly Jackson. Roland and his younger brother Jefferson were not particularly close. About the only thing that the brothers had in common was enjoying the times when they got to work in the garage with their father, James Jackson, working on restoring an old ambulance that Roland's grandfather had driven in the fifties and sixties. When Roland was ten years old and Jefferson was seven, their father (who was an Air Force mechanic) was killed while deployed at an airbase in the Middle East, two months before the expected birth of his third son.

Since a father and husband combined with the birth of another child complicated life for the Jacksons, Roland was expected to step up and be the man of the house. He focused on taking care of both his brothers while his mother slept during the day and worked long night shifts as an emergency services dispatcher. When an earthquake shook Star City's Glades district, Beverly Jackson was separated from her children and for a solid week, she lost all contact with her sons.

Though her massive amount of concern was understandable, it was unnecessary. Roland took care of his siblings admirably. When his life began to return to normal, Beverly urged Roland to focus on school and tried to get by with less hours to allow him time for study and making friends.

These lofty plans for Roland were waylaid by his mother's accident. On her drive to work, she had been struck by a stolen armored truck driven by Hard Knocks gang members fleeing the police. Desperate for funds to pay the rent while their mother was hospitalized, Roland and Jefferson decided to sell the car in the garage, the one they had been working on with their father but had mostly been neglected. They had a lot of interest, but everyone told them they were asking too much.

That's when they met Ray Stantz. He liked the idea of buying a vehicle which had not only served as an ambulance but also a hearse. Ray also thought they were asking for too much, but seeing as he was doing business with two boys too young to drive, Ray asked about their parents. Roland told Ray the truth. After hearing the tale, Ray handed over the cash in exchange for the keys. As Ray drove off with the car, the brothers counted the money and found an extra thousand and a hand-written note on a business card which read: Here's a deal: Take care of your mom, kid. I'll take care of your car. Give me a call in a few years and we'll work something out. - Ray

Beverly recovered enough to work another two-and-a-half years but after she had a stroke, Roland dropped out of school to take care of his mother and brothers, even sending Jefferson in his place for a STAR Labs scholarship offer to attend an Ivy U Summer Program. Desperate for a job, Roland dug a wrinkled business card from his wallet.[1] 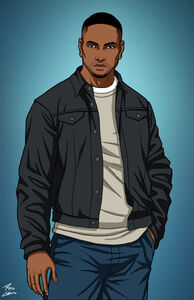 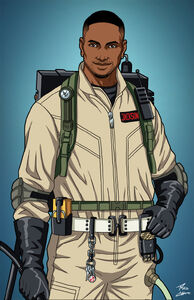 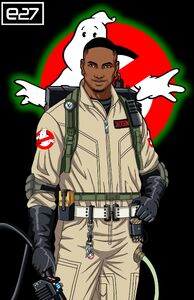 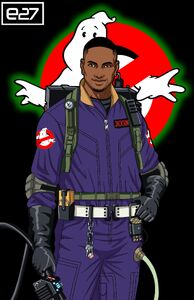 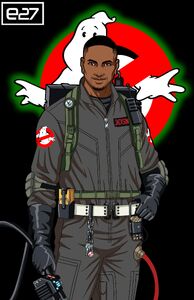 Roland Jackson (Charcoal)
Add a photo to this gallery 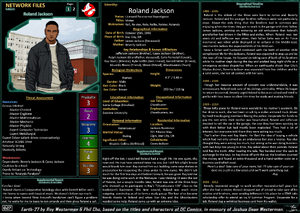 Network Files Roland Jackson 1
Add a photo to this gallery 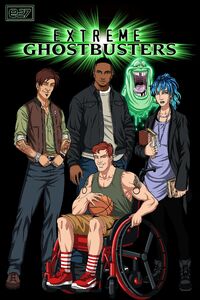 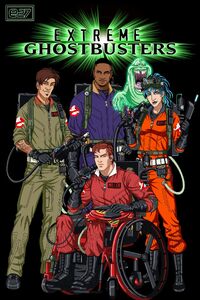 Extreme Ghostbusters
Add a photo to this gallery

Retrieved from "https://earth27.fandom.com/wiki/Roland_Jackson?oldid=118935"
Community content is available under CC-BY-SA unless otherwise noted.