VOX Box: Who You Gonna Call? 6

Louis was born and raised in Star City with his older brother Albert. When Louis was seven, Harold Tully left his family to pursue an affair. As a result of this abandonment, Madeline raised her sons in a manner which she hoped would curb whatever behavioral influences their philandering father's genes might have given them. The result was that both Louis and Albert became socially awkward, particularly among women. The same could be said of Louis' cousin Sherman who came to live with Madeline and her sons after his parents died in a boating accident when Louis was twelve.

Sherman graduated high school as valedictorian and scored a scholarship to Metropolis University, but Louis had pretty average grades and his mother could not afford to send Louis to college without a scholarship. This complicated the relationship with Louis and his cousin, and with the added physical distance between them, their relationship deteriorated almost completely.

Louis remained in Star City, working around a number of thankless jobs to care for his aging mother and save up money for night school. Though most people overlooked Louis, he discovered a real talent for finding loopholes in tax codes while doing his mother's taxes.

Soon he was doing the taxes of most of his mother's friends, including their apartment building's managers, the Lances. After a couple years of this, Louis was elected to be President of the Dillin Tower Tenant Association. This new job gave him the schedule he needed to study to become an accountant.

While he was in night school, Dillin Tower's neighborhood underwent a drastic overhaul and the north side of Plesa Park became a highly sought place to live. Dillin Tower became an icon of the area and the building soon found itself under new ownership, being bought by Albert Davis. Mr. Davis convinced Louis to help him sway many residents to agree to a contract buyout and move out to allow for renovations which helped the building draw in more elite tenants who could afford higher rent.

When he became an accountant, Louis went into business for himself. He became the personal accountant for not only Dillin Tower but also many of its residents, which allowed Louis to send his mother to a retirement community in Florida where many of her friends had moved.

After his mother moved out, Louis became quite lonely. His social life was made up of hosting parties at his apartment for his clients (so he could write off the costs as a business expense). When an attractive woman named Dana moved down the hall from him, Louis was smitten. The only thing which could stop him from dating her was Louis himself.[1] 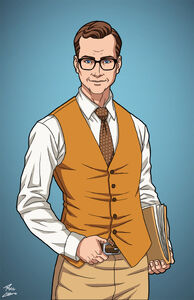 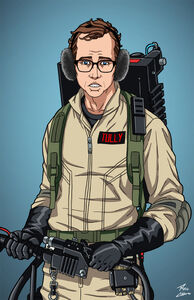 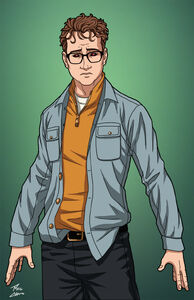 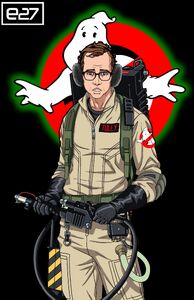 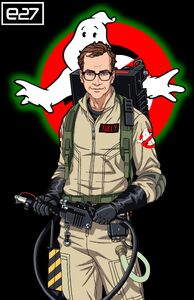 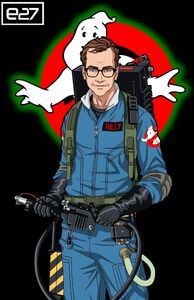 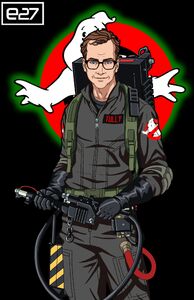 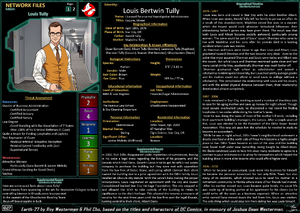